Luxury castle boutique hotel, surrounded by a forest and protected by the magic of the spirit of Rubezahl.

Visit our gallery to see more about Castl Hotel and Guardian of the mountains. Read more...

next
prev
Prev Next

Main subject of your vacation

History of the Castle Hotel

Events within the Hotel

In the heart of West Bohemia and the charming spa town of Marianske Lazne (Marienbad) with many thermal mineral springs is located one of the most beautiful fairytale castles hotels in the Czech Republic. It was built in 1903 and soon became a well known location, attracting elite people of the time, who combined their holidays with beneficial drinking of therapeutic mineral water.

The hotel took its name from the legend of Rübezahl, the mythical “Lord of the Mountains”, whose statue has been standing in its location, long before the hotel was built and you can still see it in the hotel’s park. The monument of Rübezahl was built in the 16th century by an anonymous sculptor.

Having occasionally hosted royalties such as the King of England Edward the 7th, Kaiser Franz-Ferdinand and Czar Nicholas II, as well as many other historical figures namely the poet and dramatist Johann Wolfgang Von Goethe, the pioneering Polish romantic composer Fréderic Chopin, German composer Richard Wagner, the writer Franz Kafka, the founder of modern psychiatry Sigmund Freud, the British Prime Minister Sir Winston Churchill (on his honeymoon) and many other aristocrats, this hotel and the local area became synonymous with sophisticated traveling, fresh mountain and forest air, quality accommodation with tasty and healthy food, reaching its peak in the mid 20th century.

Its function was paused for a period of 25 years, during which the hotel was severely damaged, until it was acquired by its new owner, who assumed its full restoration, which was completed in 2014. Since 2015 Rubezahl-Marienbad Castle Wellness Hotel reopened as a boutique luxury hotel.

Embraced by a peaceful scenery and unspoiled nature, it promotes the ultimate balance of body and mind as a genuine rejuvenation paradise. Guests of Rubezahl-Marienbad Castle Wellness Hotel discover in this luxurious resort the ultimate hideaway, an environment exemplar where they can combine vacations with wellness treatments, as well as detox and weight loss programs, special wellness services and counseling with dietitian. At the same time, the unique location of the hotel in one of the most beautiful regions of Bohemia, provides plenty of opportunities for local excursions and outdoor activities such as cycling, skiing, horseback riding and golf.

Somewhere here, according to the legend surrounding the hotel, is also wandering the spirit of the legendary giant Rubezahl, who is believed to live underneath the earth’s crust, where his real dominion begins and stretches downward to the center of the earth. He is supposed to carry out hidden desires and wishes of those who express them to him. His statue, carved in a single piece of granite from an anonymous sculptor and located in the hotel park, relates the legend with reality. It is also believed that if a person follows the known ritual properly, they will soon see their wishes fulfilled.

Thus, it is not a surprise that even these days the myth remains alive, as many of the hotel guests go around the statue 5 times and then touch the precious stone on the belt buckle of the statue of Rubezahl, while making their wishes. They then hope that the good “Lord of the Mountains” will make their wishes come true."100 World’s Best Hotels 2015"- Rubezahl-Marienbad Castle Hotel & Wellness Resort

Why book with us?

We are a unique historical castle hotel, which was named and built close to the magical and mythical statue of "Rubezahl"- the Spirit of the mountains as legend says makes your wishes come true. The statue of "Rubezahl" is located in our park. It dates back a couple of centuries and the hotel is protected by his magical force.

We are one of the oldest and luxurious fairytale castle palace hotels, located in Marienbad-the traditional resort area with abundance of mineral springs, where from the beginning of the 14th century people realized that drinking local mineral water would improve their health. Both factors a luxurious & resort area and the magical setting are making the hotel unique.

The only hotel in the area with a ski resort, horseriding, “Royal” golf course and walking paths with great scenery within a very short walking distance.

Following the traditions and history of this great building, we have one of the most finely decorated cafés showing its former grand tradition, a bar and a restaurant with delicate dishes.

Only here you will enjoy a luxury wellness program.

It’s Autumn time… and there are so many things to get excited about! One of which, is of course to book your holidays! For that reason, we propose an offer you should not miss whether you are looking for a special spring break, a relaxing and rejuvenating summer vacation or to welcome autumn in the most magical environment.

Rubezahl – Marienbad Castle Hotel & Wellness Resort is the ideal place to be during all seasons. Choose any dates you wish during 2016! Book your stay with our Autumn offer and benefit from our 15% discount! Use code: rubezahl25

Our Executive Chef and his team prepare every evening the most refined dishes for the hotel’s guests. However, our doors are open to everyone who wishes to enjoy a special dinner with exquisite cuisine in a unique environment. You are invited to a gastronomic trip under the sounds of classical music while our sommelier will make sure that you savour the most appropriate local or international wine alongside your dinner.

For those who follow the detox or weight-loss program, our chef prepares special dishes, in accordance with the dietitian, based on the guest's personal needs.

The Rubezahl-Marienbad Castle Hotel & Wellness Resort has 43 rooms with different decoration and design for every room. Ideal for business and leisure travellers.

The Double Mezzanine Executive apartments are located on the ground floor of the hotel. On the first level there is the living room with the working cabinet area and the...

The Double Mezzanine apartments are located on the ground floor of the hotel. On the first level there is the living room with the relaxation area, a writing area and...

There are 6 Suites in the hotel which are located on the 1st, the 2nd floor and the 3rd floor. The Suites consist of a bedroom, a separate living room...

Rubezahl-Marienbad Castle Hotel & Wellness Resort offers premises and modern facilities suitable for all kinds of social events such as dinners, anniversaries, receptions and cocktail parties. Add luxury and a touch of magic to your special event and we will make sure all your guests have an unforgettable experience.

What is more, the conference hall of Rubezahl-Marienbad Castle Hotel & Wellness Resort hosts all kinds of corporate event such as business meetings, presentations and team-building activities. Besides the high quality food & beverage services and comfortable facilities, there is all the comfort and equipment needed to turn a corporate event into a complete success. 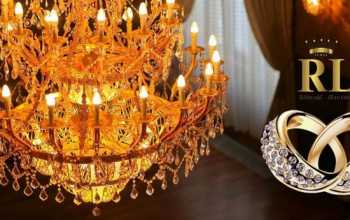 Wedding and getting married at Rübezahl Castle

The Rübezahl Castle Hotel in Marianske Lazne is one of the most beautiful and romantic Czech castles of West Bohemia and the most luxurious hotel in the region. More 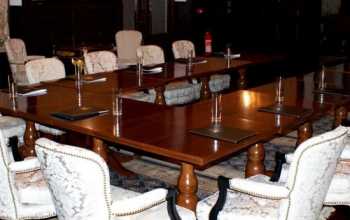 The conference hall of Rubezahl-Marienbad Castle Wellness Hotel retains the classic decor of the historic building and is luxurious, spacious and comfortable. More 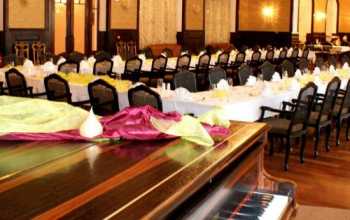 Events within the Hotel

The Castle Hotel also provide access to non-guests of hotel, giving them the opportunity to enjoy. More